Our members are involved in all parts of the community including church, politics, charities, education, non-profits, outdoor fitness, nature preservation, arts and culture, and the Chamber of Commerce.

Alice Lee Main was honored by the Aurora Symphony April 24, 2016 for her vision and dedication in founding the symphony in 1978, and for her contributions to the arts in Aurora.  AAUW had a great turn out for this symphony fundraiser.

For many years AAUW members have purchased and decorated holiday wreaths for the Aurora History Museum. This is a major fundraising activity for the museum foundation that we are proud to support. Our monthly Branch meetings are held at the museum, and we are very aware of the fine work the museum does. Thanks to all who decorate and buy these beautiful wreaths. 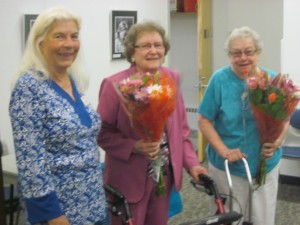 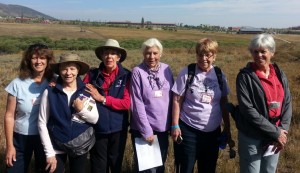 March 21, 2015 two AAUW members were inducted into the Aurora Women’s Hall of Fame, Sue Bodis and Edna Mosley (posthumously). The Hall of Fame was established in 2011 to recognize and celebrate the city’s foremothers and contemporary women for their sustaining commitment to the community demonstrated through leadership in activities that improve life in Aurora. AAUW members were well represented at the induction. 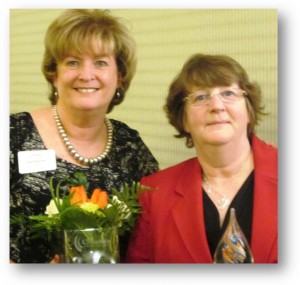 The Aurora Chamber of Commerce Women in Business Committee honored “Unsung Heroes” at their annual Women Making a Difference Luncheon February 13, 2015. AAUW member Lynne Evans received the award for her contributions to the Aurora Historical Society. Jane McGrath was recognized for her work with Aurora Sister Cities, Visit Aurora, Leadership Aurora, and the Art in Public Places Commission.

History Museum held a fund raising dinner at the Heritage Eagle Bend Clubhouse to raise money for the exhibits in the Ruth Fountain Gallery. Ruth became Director Emeritus of the Aurora Museum. Aurora AAUW members were big supporters of the event. It was a great evening!

The new gallery addition to the Aurora History Museum will be named for Ruth Fountain, long time Aurora AAUW member. Ruth is being honored by the City of Aurora in appreciation of her extensive service to her community throughout her life. The addition will house Trolley Trailer # 610, an historic restoration to which Ruth devoted many hours. 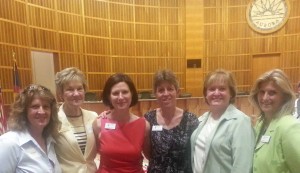 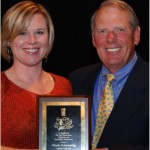 Nicole Schimming, Aurora Branch member and daughter of Alice Lee Main, received the Denver Dumb Friends League Employee of the Year award. She is the Humane Education Manager. The award was presented by Bob Rohde, CEO and President, at their Annual Awards Banquet on Friday, October 5, 2012. 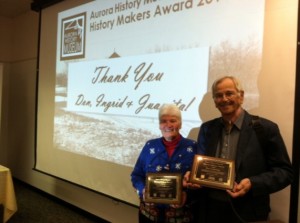 Nancy Todd, Aurora Chamber of Commerce’s 2011 Woman of the Year

The Aurora Chamber of Commerce named Representative and Aurora Branch member Nancy Todd (D-Aurora) Woman of the Year 2011 for her efforts in promoting job growth in the greater Aurora area. The Chamber announced the award at their annual dinner on April 8th. Representative Todd was recognized for her outstanding work in protecting and promoting business and job growth in her home district of Aurora.

Other members of Aurora AAUW who received the Aurora Women Sculptors of our Community Award include: